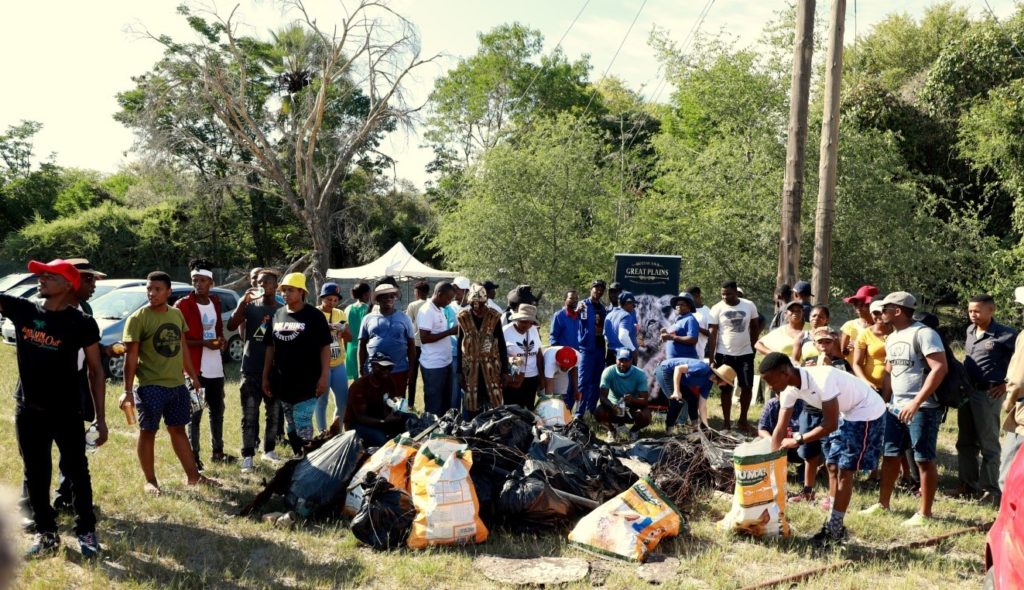 The Maun Beach has been the gathering spot for the locals and visitors of the town for some years now, with the river being the main source of attraction. This is where friends and families meet up for picnics, boat rides and games. Unfortunately for the Maun community the river had dried up, hence bringing some losses to the locals especially those who depend on it like the water taxis, fishermen, and boat owners. However, the river is expected to flow again this year with higher water levels than ever before, bringing back life into the community. This is why the people of Maun came together to clean up the beach in preparation for the water to come.

The campaign was initiated to encourage responsible use of the river by the local community and visitors. The organizers of the event reached out to the community predominately, through their Facebook page, ‘The Beauty of Maun, Botswana’ and received an overwhelming show of interest by the community. This prompted the organizers to reach out to a number of businesses and organisations for partnerships, and they in turn welcomed the initiative with much enthusiasm. “We had plenary meetings with some of these sponsors like , Okavango River Lodge and Great Plains to iron out some details and the Cleanup was set for the Sunday, March 15th. We were expecting over a hundred participants to which we got a total of about fifty five plus (+55). For a pilot event, the number was successful and we hope to make the campaign a frequent event in order to take responsibility in combating the issue of Climate Change by keeping our environment as safe and habitable as possible “, said Anthony Molosi, one of the event organisers.

The program of the event was as precise as possible with people arriving between 0630hrs and 0700hrs at the central point famously known as the beach. The group was divided into two teams, with one covering a distance of 5km from the convening spot and the other 3kms. The cleanup consisted of cutting some weeds, picking up everything that didn’t belong in the river, including glass bottles that were safely packed in their own bags to be transported to the Great Plains glass crusher. Once the cleaning had been done everyone gathered for refreshments that had been generously donated by sponsors of the event. This was followed by touring of stalls of some companies that had graced the event.

This event was a success because of the dedication of the people of Maun, including the event organizers, the volunteers and of course the sponsors. We would like to thank the following for their help in ensuring our beach is clean:

The event organizers would also like to thank the Local Newspapers: The Ngami Times (Pre-event) and Botswana Daily News (Post-Event) for their support with covering the event.