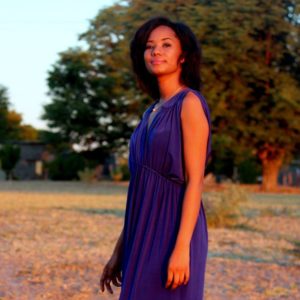 Maun is internationally renowned as the tourist capital of Botswana and the gateway to the awe-inspiring Okavango Delta. However, this rapidly growing village is also home to Poetavango, a non-profit organisation of performing artists who combine their love of arts with philanthropy. Poetavango is an amalgamation between two words Poet and Okavango, which means Poets of The Okavango.

Juby Peacock, a Clinical Social Worker by profession, volunteers as the Public Relations Officer for Poetavango. The movement’s mandate is to empower performing artists with life skills, entrepreneurship skills and expose them to avenues that can help them grow and explore their artistic endeavours. This is evidenced by Juby’s involvement in well-known international projects. “One of my most inspiring experiences is representing Poetavango Spoken Word Poetry internationally through the YUCULT project that was a collaboration of four African countries with four European countries and also recently representing Poetavango through the Mandela Washington Fellowship program,” Juby says. 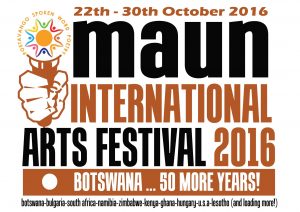 Poetavango has also made a name for itself internationally though the Maun International Arts Festival and having their work featured on websites such as Badalisha Poetry and The Kalahari Review. Judy, however, aspires for Poetavnago to have an even bigger profile with access to better resources that will allow artists to practice their arts full time, make a good living from it on par with international artists and to be social entrepreneurs.

“We encourage artists to get involved in the community as catalysts for change and engage in arts activism” she says. The result of this activism can be seen in the local schools where Poetavango has been coaching students and promoting a culture of reading and writing. Juby says this has resulted in a better pass rate for schools in the Ngamiland region and has promoted more innovative ways of learning using computers.

Although Poetavango has support from various organisations such as Botswana Tourism Organisation, embassies (American and Indian) and Maun businesses, she says more is required to achieve all that Poetavango aspires to do. Part of their challenge is that most of their artists work full time – making it difficult for them to push the mandate of the organisation to its maximum potential as they can only work after-hours and on weekends. Further support from local residents would go a long way through better attendance of their paid shows.

Poetavango is undoubtedly one of the leaders of Maun’s rapidly growing arts industry. Juby would like to encourage all artists to take part and get involved with this exciting movement. “The Poetavango movement not only provides a platform for artists to explore their talents but it fosters opportunities for artists to collaborate,” she says. “I would encourage every artist in Botswana to believe in themselves, work on their craft, and associate themselves with movements like Poetavango Spoken Word Poetry.” Such movements inspire and propel artists forward and give them a purpose, not only as artists, but also as citizens.

For more information or to find out how you can get involved with Poetavango, check out their Facebook or Twitter page!