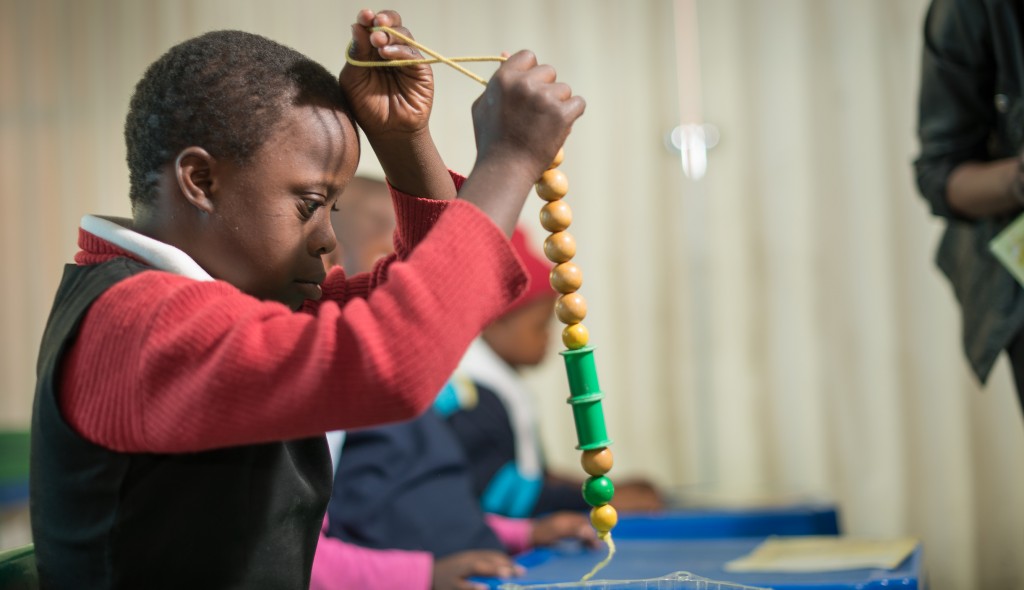 TSHIDILO STIMULATION CENTRE recently treated children living with disabilities to a memorable Christmas Party which was also attended by the children’s parents and other members of the community. The Centre is a non-government organisation that depends mostly on donations. Its aim is to help mould disabled children into better and more understanding people before being sent to other, bigger institutions of learning. Rogers Wethu Mahgetho, the centre’s treasurer who has been a teacher for about 25 years in various schools in Maun, thanked God for keeping the children healthy throughout the year. He said the number of children attending Tshidilo Stimulation Centre has increased rapidly from last year.
He urged community as a whole to join hands and help the children so they can face a better future. We stimulate these children so that by the time they graduate from here in Moremi Primary School, they are able to perform in their daily tasks.
Moremi is a designated special needs school. Makhetho explained that it was in 1991, while a teacher at Moremi Primary School, that he approached the then NWDC councillor, John Henry, with a proposal to construct a special needs classroom at the school. The classroom was ultimately built and now Tshidilo Centre refers its graduates to that school. He implored parents to take full responsibility for the affected children and not hide them from society because it is every child’s right to attend school regardless of them being disabled or fit. He also expressed his gratitude to the Ministry of Health for rendering necessary assistance in the centre throughout the year.
The Centre’s board chairperson, Negi Dimbo, also shared her personal story with the gathering by saying that she herself at one point, was blessed with a disabled child although the child was not born with any disability. She narrated that when the child reached the age of five, he became mentally retarded and when he reached nine years of age, he unfortunately passed away.

On Thursday, May 24th, two travelers passed through Maun on their journey from Kenya to Cape Town. This journey, ...

Talking Kak’ is not what one generally associates with Desert and Delta Safaris but it is exactly what took ...

On Thursday, May 24th, two travelers passed through Maun on their journey from Kenya to Cape Town. This journey, which started in March, will continue until the women reach Cape […]

Text and photographs by Mmusi Mmusi, Herbarium Assistant at PSUB Herbarium, Okavango Research Institutue The commonly called ‘rain tree’ or ‘Apple- leaf’ is known in Setswana as mopororo. Scientifically the […]