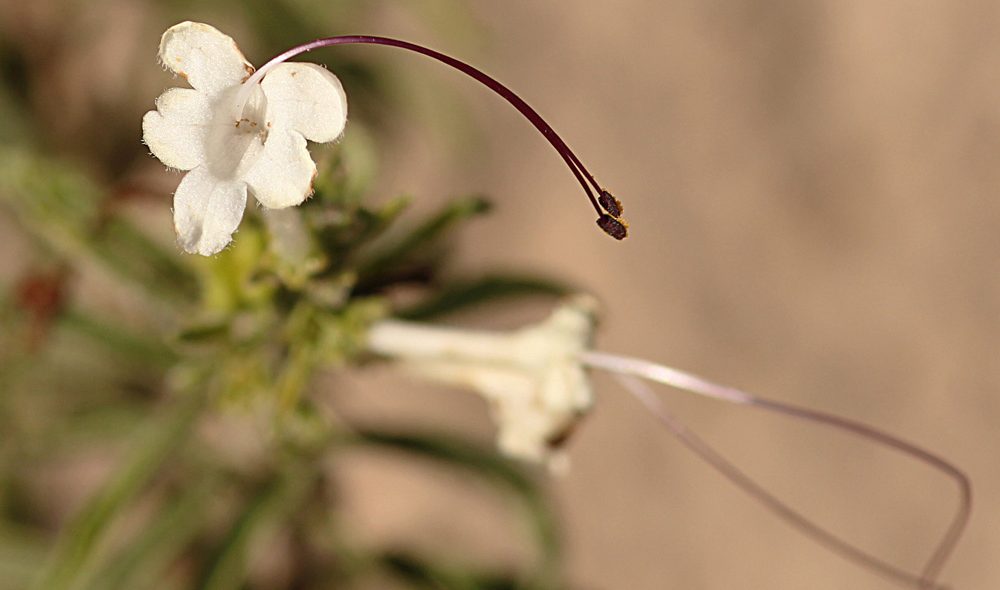 This month we look at a small woody shrub called Clerodendrum ternatum it is in the Lamiaceae family, the same family from which the herb mint comes so you’ll not be surprised that the leaves of this Clerondendrum also have a strong and most say unpleasant odour but are browsed by animals. 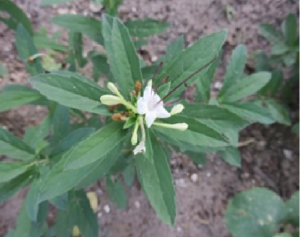 The English common name for this plant is Cat’s whiskers in reference to the stamens which project out of the flower tube. In Setswana it is called ‘Legonyane’ or ‘Sedupapula’ this latter name translates as rain finder, which is intriguing and perhaps refers to the fact that the plant will re-appear after the first substantial rain has fallen.

The derivation of the scientific genus name, Clerodendrum is from ‘Kleros’ meaning ‘chance’ in ancient Greek and ‘dendron’ also from ancient Greek, meaning ‘tree’. This alludes to the perennial, often woody character of the plant which is technically a ‘suffrutex’ which are plants that produce annual shoots from a woody subterranean base. The species name ‘ternatum’ helpfully gives us an identification clue because it means in Latin ‘clusters of three’ which alludes to the arrangement of the leaves. 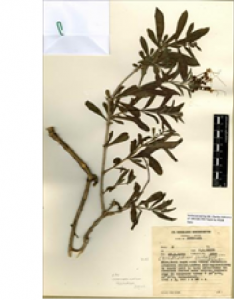 Clerodendrum ternatum is widespread around the Okavango delta where you will find it in partial shade in the sandy areas of islands and Mopane woodland. Away from the Delta you’ll find the plant in Brachystegia woodland or dry deciduous woodland and often on Kalahari sand and often forming small colonies.

Known uses and cultural aspects of Clerodendrum ternatum in Botswana include many medicinal roles, mostly using the woody rootstock. An infusion of roots is used to treat backache, sore eyes, gonorrhea, fever and mental illness. Powdered roots have been used is used in treating epilepsy, tape worm, and hook worm and have been applied directly to an open wound. Roots are boiled, and the decoction is taken as a purgative for the stomach and to relieve constipated patients.

This article was written by Mr. Mmusi Mmusi and Mrs. Frances Murray-Hudson