Women Against Rape (WAR) Botswana was invited by Diacore Gaborone Marathon to inform participants about who they are, what they do, and what kind of programmes and services they offer. The team that was educating the public comprised of Neo Mafoko, Bofele Sebola and Raymond Paulos who are currently interning at WAR. The programmes that the public were interested in were#InHerShoes, #OpenHelp and gender based violence referral system. The public also suggest that WAR should do more marketing as they offer services that are really need.

Jessica: What is the marathon, and what was your purpose there as WAR?

Neo: Diacore marathon is an annual marathon that takes place in Gaborone, Diacore is a diamond company, and I believe the marathon is mainly to give back to the community while having fun at the same time without necessarily grabbing onto their pockets and then taking out money. They sponsored us for the first time last year, so we were re-invited this time with a free stall to come and showcase WAR.

Jessica: Do you find it difficult in your organization to do outreach?

Neo: In terms of mobilization, not really, the only problem comes to funding, because we are mostly funded by funders, so if there is no funding we are not able to move, but the skill is there. The willingness is there, but the finance often inhibits us to go further than we want to.

Jessica: Could you just repeat the quote that you said out there as well?

Asale: How was your experience at the marathon? What is your most amazing memory of the marathon that you will always remember?

Moengwe: Maybe to add, what really interested me mostly was the level of enthusiasm. You know, people in Gaborone, the participants generally, I realize that they like the marathon. The marathon itself is such a crowd puller. And, like around 4am, the whole arena was kind of getting packed… was already packed… so I mean, I was really impressed with the level of determination that the people put into the marathon. And obviously for such a big event, it is a big event on its own, because it attracts not just the locals, it attracts others from across the borders, like the 42km marathon runners run by the Namibians. The organization in terms of logistics and all that, it is quite high.

Asale: And what did WAR learn from the marathon?

Neo: I was shocked, most people, a lot of people had suggestions on how we could actually go better, how we could have more impact in the communities that they live in. One of the movements that [the public] [were] most interested in is the GBVRS, Gender Based Violence Referral System, they gave us advice to talk to donors and our stakeholders in Gaborone if possible to extend the program not only in Maun and Shorobe, to possibly do it in Gaborone due to the population being high and issues like that. Another thing we were interested in is “In Her Shoes” the box with the cards with experiences of GBV survivors. They wanted to know more, but I encouraged them to go on our social media page because we posted. We just encouraged them to go, and they wanted counsellors all over the country to be given the “In Her Shoes” to be able to understand what their clients have gone through to be able to help them much better.

Moengwe: Like mentioned earlier on, quite a number of people, some knew about WAR, some didn’t know. But like she said, we are constrained to some extent by resources, especially financial to reach out to other areas outside Ngamiland, or outside Maun. So some people were suggesting that we could probably set up another office in Gaborone. If funds were, if it were possible, yeah, we could do that, but like I said, we are constrained financially to set up another office.

Bofelo: Others would even go to the extent of telling us about their situations. We tell them, we have the counsellors, we can give you our contact, and other NGOs around Gaborone.

It sounds like the Marathon was a good way for WAR to showcase itself to the community, I’m sure they can’t wait until next year’s marathon!

Pictures from the event! 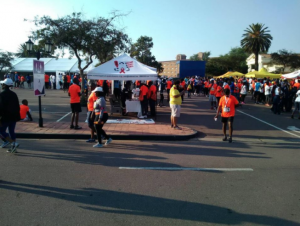 The WAR info booth, provided by the Diacore Marathon! 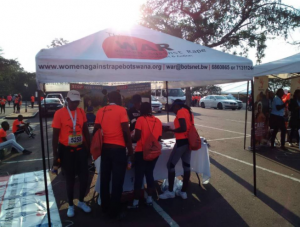 Some runners checking out the WAR information booth! 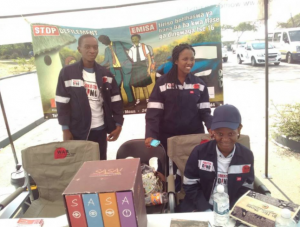 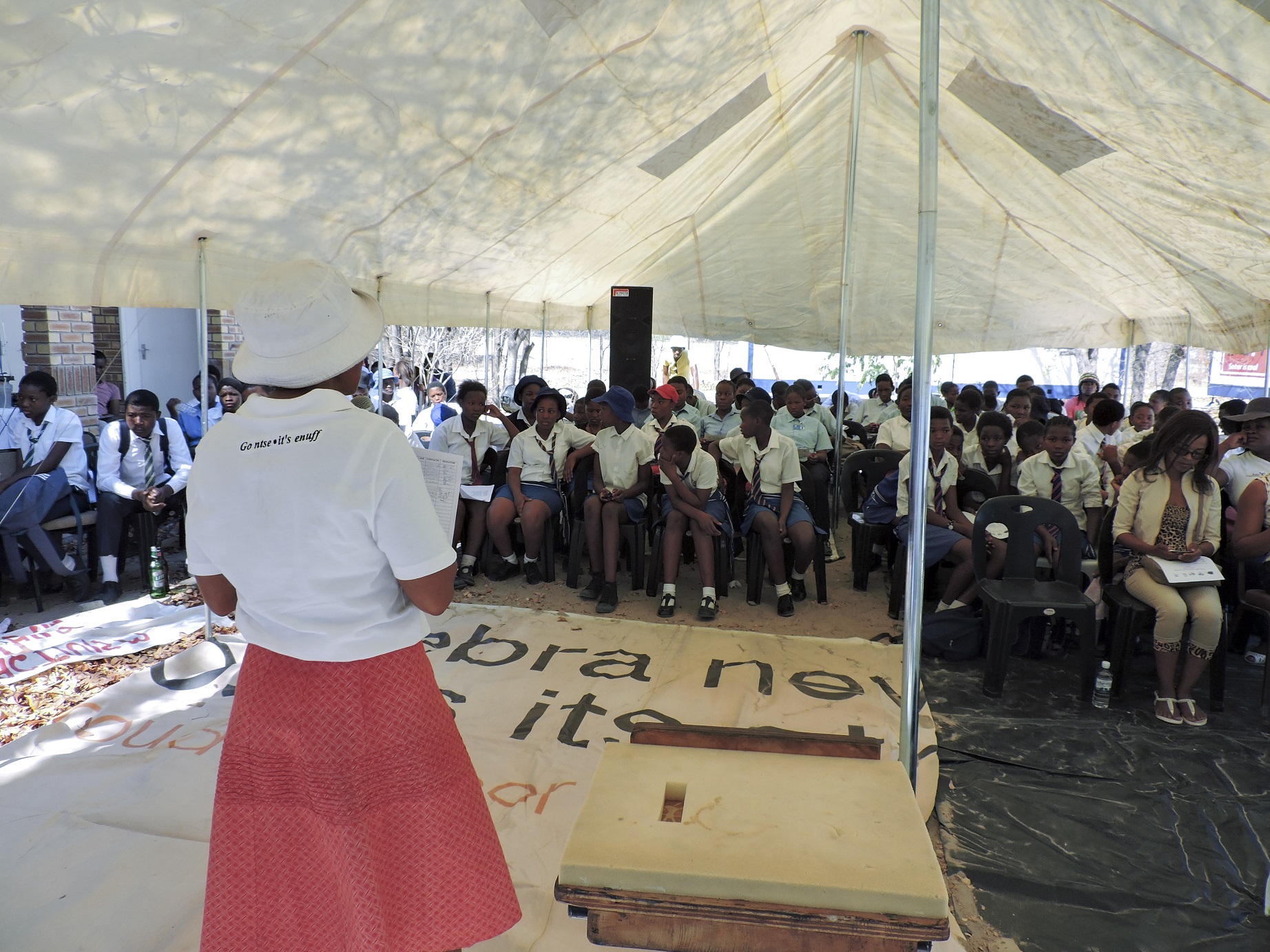 Walking through the WAR office, I am directed to an office within the administration block. As I enter the ... 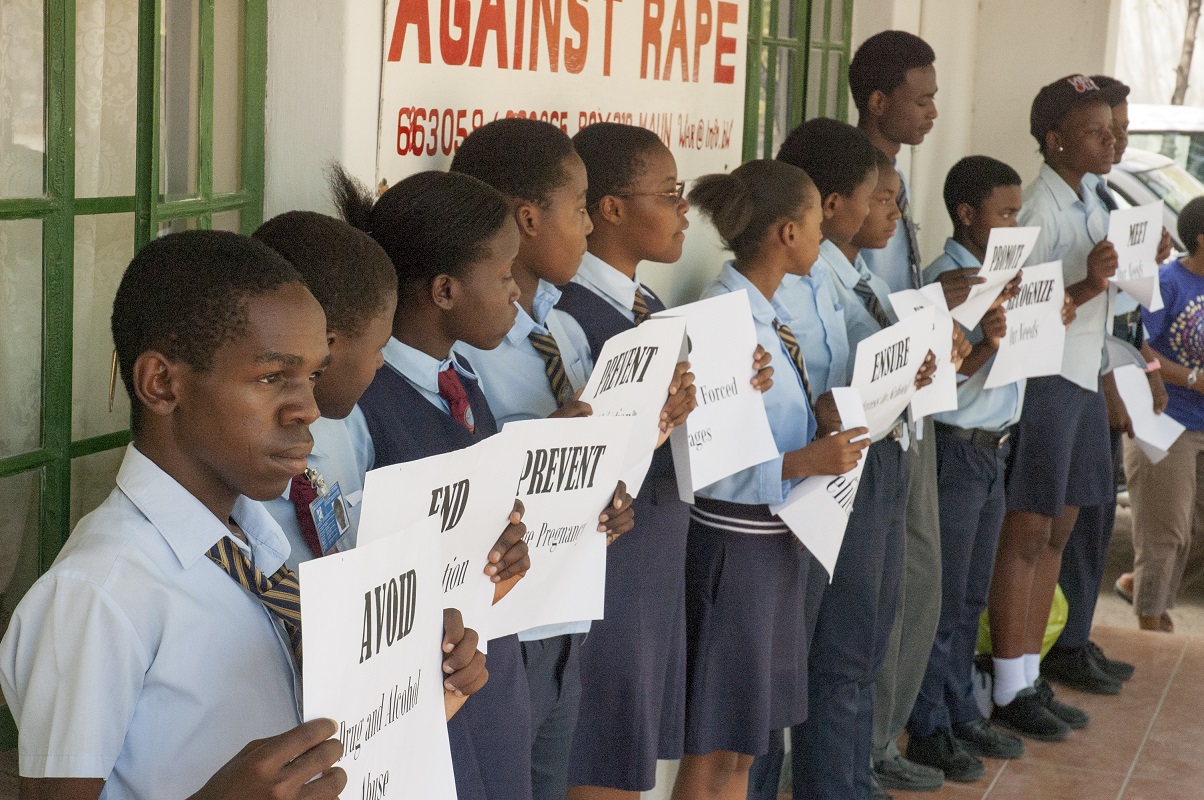